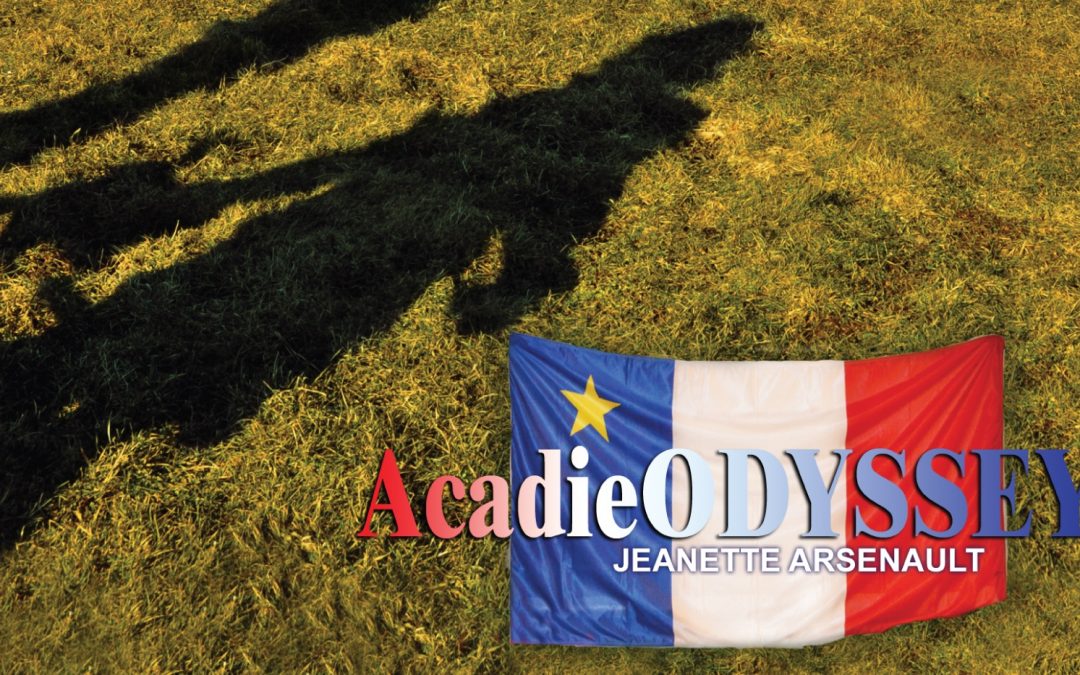 Every 5 years, Acadians from around the world gather somewhere in the Maritime area to celebrate our heritage.

This year, the World Acadian Congress kicks off it’s Opening Ceremonies tonight in my Mom’s hometown of Abram Village, PEI.  The Congress runs until August 24th with the Closing Ceremony in Shediac, NB

My culture is an interesting one – Canadians come from Canada, Italians from Italy, French from France and here, we call ourselves Acadians but we have no specific place called “Acadia”.

If Acadians were originally French from France, then why am I writing this column in English you may well ask?  Well, most of what Acadians do is in French so I have a passion about sharing my beautiful culture with English Acadians who were assimilated into their surrounding environment and don’t understand French.  I also have a passion to share our beautiful, rich culture with English audiences who don’t know much about us.  We Acadians are tied by our shared history, our culture and our collective stories.

A BRIEF HISTORY LESSON ABOUT THE ACADIANS

Acadians came to Canada from France in 1604 and were the first European settlers in North America.

Acadians were systematically deported by the British from Canada’s East Coast starting in 1755 and ending in 1763 during the England/France wars.  It is important to note that this deportation happened during a time of peace, not war – the Peace Treaty of Utrecht had been signed in 1713.

According to the Canadian Encyclopedia:

“Some Acadians resisted, notably Joseph Beausoleil Brossard, who launched a number of retaliatory raids against the British troops. Many escaped to the forests, where the British continued to hunt them down for the next five years. A group of 1,500 fled for New France, others to Cape Breton and the upper reaches of the Peticoudiac River. Of some 3,100 Acadians deported after the fall of Louisbourg in 1758, an estimated 1,649 died by drowning or disease, a fatality rate of 53 per cent.

Between 1755 and 1763, approximately 10,000 Acadians were deported. They were shipped to many points around the Atlantic. Large numbers were landed in the English colonies, others in France or the Caribbean. Thousands died of disease or starvation in the squalid conditions on board ship. To make matters worse, the inhabitants of the English colonies, who had not been informed of the imminent arrival of disease-ridden refugees, were furious. Many Acadians were forced, like the legendary Evangeline of Longfellow’s poem, to wander interminably in search of loved ones or a home.”

Mothers and fathers and children were separated in the confusion & chaos of the deportation.  I read somewhere that 50% of Acadians who were deported were under the age of 15 years old.  Some called it ethnic cleansing but it was also in part, infanticide.

Thanks to the Mi’kmaq, Maliseets and other indigenous people, Acadians were able to survive the Great Upheaval as well as being hunted by the British.

But I want to focus on these next two weeks as a time of celebration!  A gathering of family and friends and fellow Acadians to celebrate our tenacity, determination, resiliency and joie de vivre.  There will be much music everywhere you turn – it was one of the key survival methods for our culture.  Along with much merrymaking, feasting and fellowship.

I am proud to be an Acadian on both sides of my lineage from Prince Edward Island. The Arsenaults and the Gallants run through both my mother’s and my father’s families.  With 14 children on my Mom’s side and 15 children on my Dad’s side, we have contributed greatly to carrying on both names LOL.

You can’t make it to PEI for the fun, festivities and festivals filled with music?  Don’t fret (music…guitar…get it?  I know I know – groan)!  I have printed a limited number of my sold out “AcadieODYSSEY” CD which you can have for $15 (shipping & handling included). I will even autograph if for you too.  Some fiddling, harmonica-playing and spoon playing, English & French songs, traditional & original tunes – something for everyone.

Just contact me and I will send it to you by mail right away.

You can hear some of the songs from my CD here:

Visit my YouTube channel’s Acadian Playlist for a mix of Acadian musical artists and few of my own tunes: